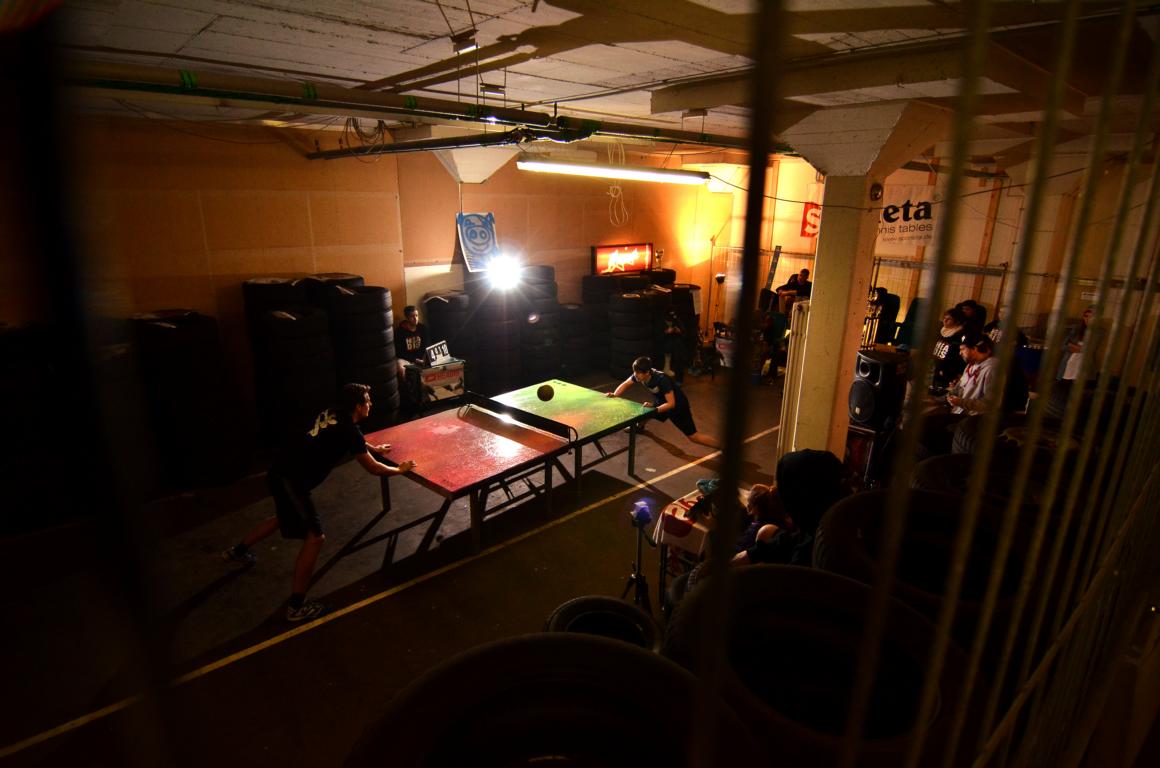 An industrial area in the north-east of Kaiserslautern. It is cold and rainy. Bit by bit many young and a few older (old) people step down the stairway to the quite legendary “Löfft”, the headquarters in which the important decisions of the world (of Headis) are made. It will be the home of 20 men and 10 women for the weekend of the 17th and 18th of January, 2015. They qualified for the Masters by good tournament achievements in 2014 or received one of the popular Wildcards. In the “Löfft” they find a colorful Headisplatte, improved by spray artist Carl Kenz, begging to be played on with epic serves, stops and volleys.

The women’s finale develops clear, as “HB junger T” uses her experiences and triumphs after a tactically clever match against “Headité”, who delivers a great overall performance herself and who will certainly play a role in the coming world cup circus.

The men’s finale promises a great struggle: the pressure on both players is huge, Sniper could not celebrate a tournament victory since his success in Munich in 2014 and for Nosebraker it is only the second participation in a final. The urge to win glows on Sniper’s face, his stops come concentrated and his high risk plays pay off. Nosebraker braces himself against it, however, cannot prevent the loss of a set. After the side change Sniper turns up even more and offers the spectators a “Rampishow” par excellence. At last Sniper wins a match ball and therewith the victory is celebrated by the crowd. Then about half an hour later he stretches the “cup” formed by Carl Kenz to the storeroom’s roof.