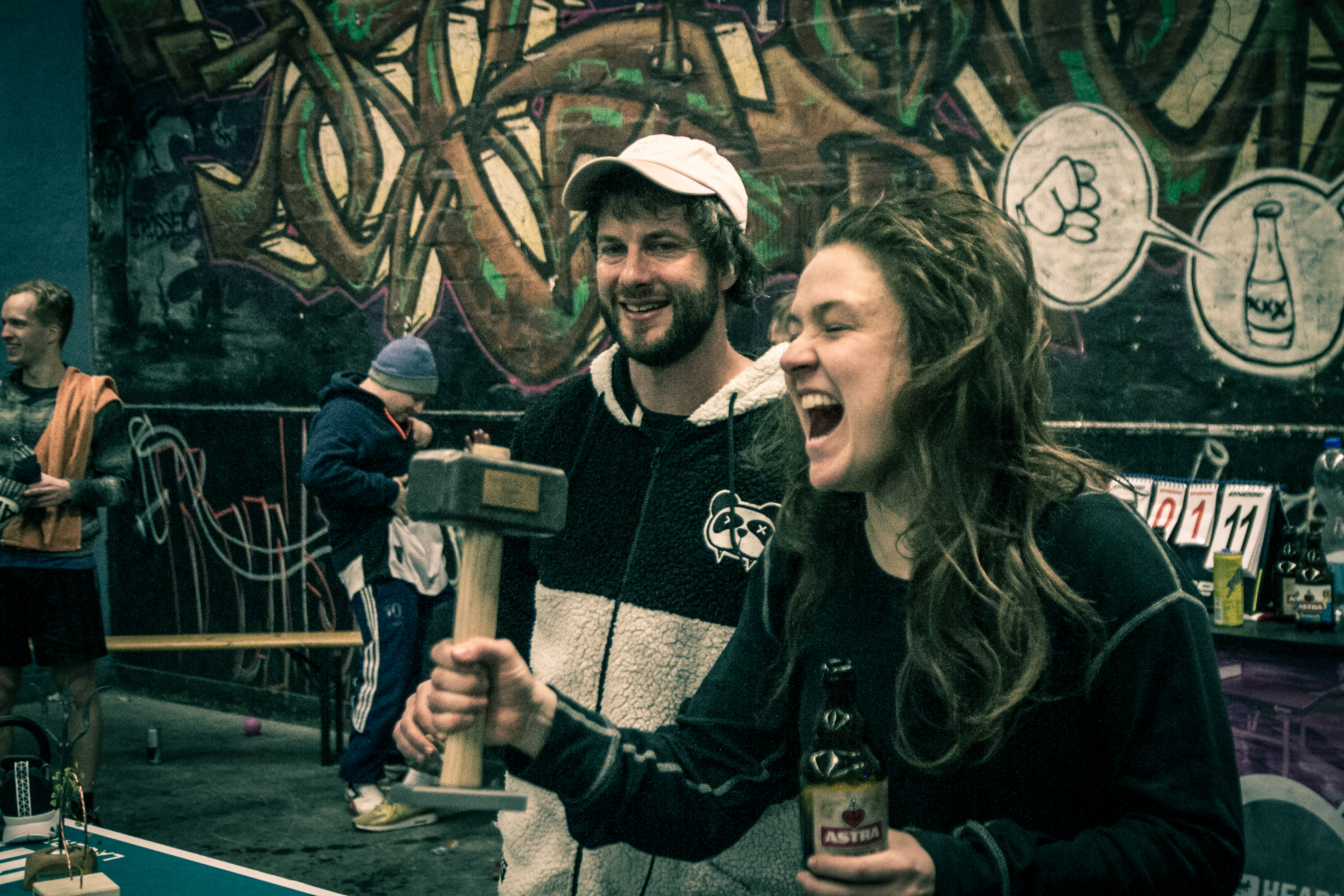 It’s been 2 years… 2 years since the last Headis tournament in Göttingen. This year’s Headis Olymp was a blast and here is why:

120 boys and girls made their way to the former WorldChampionship-City to play the coldest Headis Olymp in history – despite of the huge iciness, snowfall and a massive flu wave. Everything was prepared for a big tournament: a heavenly buffet, self-made trophies and

heaters to keep the gym warm.

But nobody expected these heaters to cause a big power cut right before the start of the tournament. Thanks again to all helpers that towed all the cables and made the tournament start possible.

Without the heaters the tournament became maybe the coldest cup ever, but all players accepted the challenge and battled their way through the cold.

The tournament had one big surprise at the men’s competition: the incredible Kalk won against the Masters champion Pressure Pete in his quarterfinal and ended up at third place in the end. Stunning!

But that wasn’t the only surprise of the tournament.

The women’s competition had its own astonishment: The former world champion Tatapan won her first cup since 2016 and beat the No. 1 and 2 of the ranking (Klausi and Missing Pepper) in a row!

Göttingen is finally back… Headis Olymp 2018 was smashing! We’ll see each other at the Mountain Cup or at least in Brussels…